James Kirkpatrick
A+
|
a-

Michelle Malkin’s new book Open Borders Inc. (reviewed here) “follows the money” and shows who is promoting and benefiting from mass immigration—including those within Conservatism Inc. She exposes Matt and Mercedes Schlapp, respectively the head of the American Conservative Union and President Trump’s Director of Strategic Communications, both of whom have opposed immigration restriction. She skewers Matt Schlapp’s predecessor at the ACU, Al Cárdenas, who is now married to the ferociously anti-white “Republican strategist” Ana Navarro [Wedding registries reveal expensive tastes of Florida's leading Never Trumpers, by Zachary Halaschak, Washington Free Beacon, March 4, 2019]. She reveals the systematic campaign by Silicon Valley Tech Totalitarians to restrict patriot speech—the same corporations President Trump and the Republican majority rewarded with a massive tax cut [Tech’s massive tax cut Christmas present from Trump just cleared Congress, by Taylor Hatmaker, TechCrunch, December 20, 2017]. Malkin’s reporting on the funding of the various “nonprofits” and church organizations that are pushing the Open Borders agenda is devastating. Yet it is her attack on the phony opposition of the Beltway Right to nation-breaking mass immigration is perhaps her most valuable contribution to America’s survival. 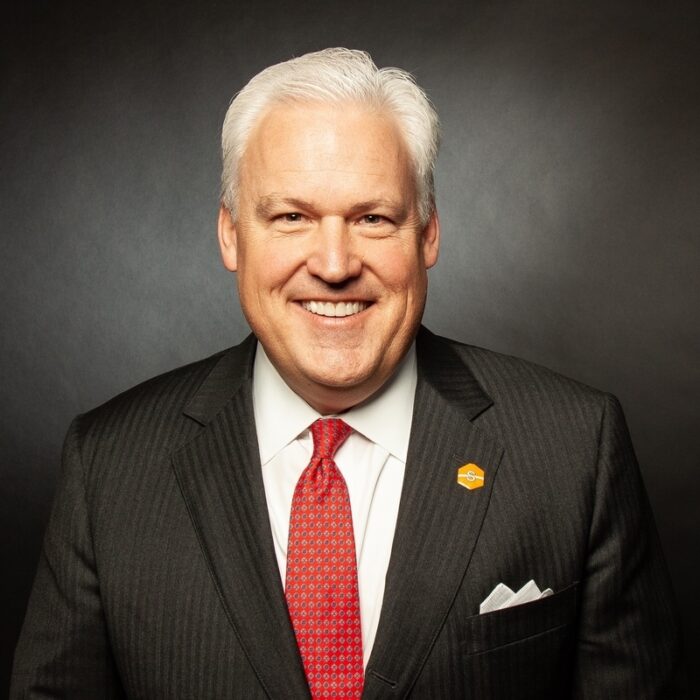 Meanwhile, Cove racked in millions and “among its top clients” was the “Seasonal Employment Alliance, a business association singularly dedicated to busting the chops on the H-2B visa program for temporary, low-skilled, non-agricultural workers.” Sickeningly, the Trump Administration recently raised the H-2B limit, including for Trump’s Mar-a-Lago resort [Trump Seeks to Hire 80 Foreign Workers at Mar-a-Lago, by Chris Morris, Fortune, July 9, 2019]. And Mercedes Schlapp reportedly tried to prevent the “Angel Moms,” mothers of those killed by illegals, from meeting with the president earlier this year [Exclusive: Mulvaney, Schlapp Denied Angel Moms Meeting with Trump Over Budget Bill, by Peter D’ Abrosca, BigLeaguePolitics, February 14, 2019].

Schlapp’s predecessor Al Cárdenas headed ACU from 2011 to 2014. Under him, activists like Pamela Geller, Robert Spencer, and Frank Gaffney were all banned, probably for speaking critically of ACU board member (and pro-mass immigration activist) Grover Norquist. This culminated in “The Uninvited” competing event hosted by Breitbart in 2014. Typically, Cardenas was a Mitt Romneyesque profile in cowardice when the Left/ Main Stream Media decide to demonize VDARE.com Editor’s Peter Brimelow who gave an completely unexceptionable talk on Canadian language policy (!) at CPAC in 2012.

POTUS’s crime: Promoting an ad in which Luis Bracamontes, an illegal alien, laughed about killing police officers and declared that he wished he killed more.

“[N]ever forget who the Cárdenas clan thinks is the despicable pig,” writes Malkin.

Yet these people are the gatekeepers of the American conservative movement. It’s no wonder CPAC cracks down on grassroots activists. In contrast, as Malkin notes, CPAC gives official credentials to Leftist reporters working with Antifa who dox and write smear pieces that can result in serious financial consequences and/or physical attacks.

Some of CPAC’s past sponsors are also no friends to American patriots. Thus in 2018 Google was a CPAC sponsor. Its U.S. public policy head Adam Kovaceivich [Tweet him] said “we want to be involved in” conservativism’s “internal debates” because Google wants to “steer conservatives and Republicans more towards a message of liberty and freedom and away from the more nationalistic incendiary nativist comments and things like that” [Google sponsored CPAC to shape narrative on nationalism, by Mike Brest, Daily Caller, March 1, 2019. Emphasis added].

Facebook has also donated to CPAC, no doubt for similar reasons [Facebook to aid CPAC as it courts conservatives, by Tony Romm and Nancy Scola, Politico, February 22, 2017].

Malkin shows Google/YouTube and Facebook, as well as Twitter, Amazon, Chase Bank, Amalgamated Bank, Apple, and other companies are either working with the SPLC or denying services based on SPLC reports.

She quotes Mark Potok’s declaration in 2007: “Sometimes, you know, the press will describe us as monitoring hate groups and so on. I want to say plainly that our aim in life is to destroy these groups, to completely destroy them.”

Similarly, Morris Dees declared to an audience of school children in 2008: “[W]e’re not trying to change anybody’s mind. We’re trying to wreck the groups, and we are very clear in our head: we are trying to destroy them.”

The SPLC’s partnership with what some activists call “Woke Capital” allows it to do just that. Malkin provides plenty of examples. One of the most chilling: Enrique Tarrio, (right, with Florida governor Rick Scott), who is an Afro-Cuban and member of the Proud Boys, a civic nationalist fraternal group.

Malkin reports that in answer to her questions, Chase simply asserted, “We do not close accounts based on political affiliation.” When she followed up, Chase responded: “For privacy reasons, we can’t say more.”

“If you question the regime, you are extreme,” Malkin judges of the political climate.

These reports are just a small part of the book. Most of the book focuses on the funding behind Leftist activist groups and refugee resettlement organizations (especially the churches).

Good generals, it is said, study tactics while great ones study logistics. Malkin has gone above and beyond the scope of duty by providing the in-depth information on who financially supports the nation-wreckers.

Needless to say, Malkin also extensively documents the explicit and overt anti-American hatred animating much of Hollywood and the corporate media.

So why aren’t there panels at CPAC exploring her findings? A real conservative movement would be encouraging Americans to stand up to corporate censorship and Antifa thuggery and rallying the grassroots behind Malkin’s proposed policy agenda.

She suggests, among other things, getting the Southern Poverty Law Center and its “Teach Tolerance” program out of tax-payer funded American classrooms, taxing remittances, and enforcing the laws against alien smuggling, especially against George Soros’s NGOs, looking to Hungary for inspiration. She explicitly calls for defeating “the Abolish ICE/Antifa/anarchist movement online, on the ground, and in the courts.” She demands no campaign contributions “to politicians in either party” who support “Amnesty in any shape or form.”

Yet her exposé on key Conservatism Inc. figures shows why these will never be priorities of the Beltway Right: It is an entirely controlled—and bribed—phony opposition that cons the grassroots into providing tax cuts for their foes. At best, it’s an amoral grift.

Building such a movement would require sacrifice and dedication from activists. It would require ordinary people who see their country being stolen from them to invest in institutions that are building a true resistance. It would mean standing up to MSM smear campaigns and robbing journalists of their ability to scare people into silence.

Malkin’s courageous condemnation of the SPLC, antifa, and their collected journalist enablers is a brave step in this direction.

How to build an authentic national populist movement is a topic far beyond this one piece.

However, I know one necessary first step: as many patriots as possible to buy this book. It has powerful information and is a product of diligent reporting, but that’s not the main reason.

There are few people with the courage of Michelle Malkin. Every patriotic American in the country, of whatever color or creed, owes her a debt of gratitude.

The least we can do is support her achievement.

James Kirkpatrick [Email him |Tweet him @VDAREJamesK] is a Beltway veteran and a refugee from Conservatism Inc.